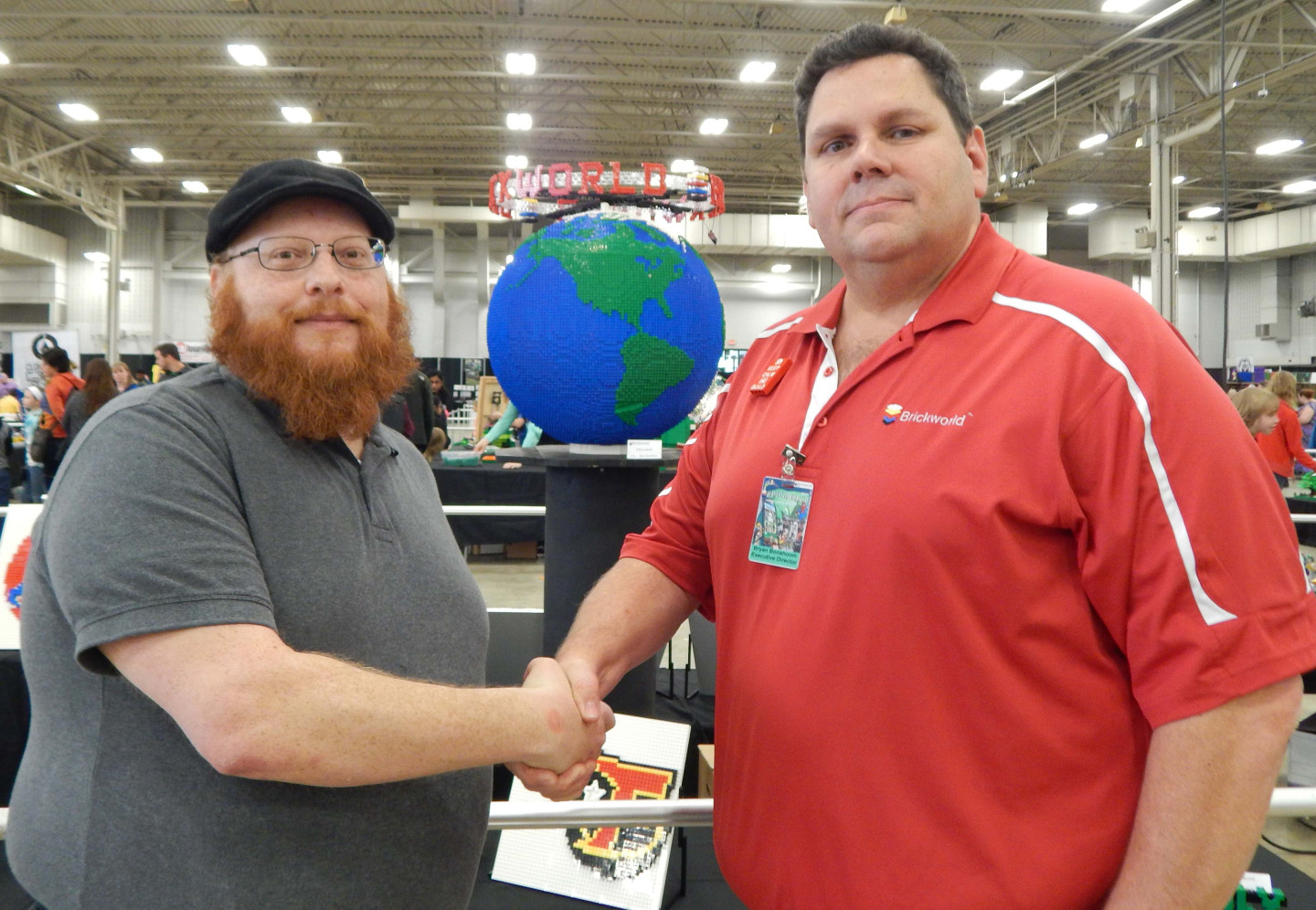 Brickworld - Indianapolis 2017 - A Story to Remember

I cannot say enough positive things about the Brickworld Lego expos. We were fortunate to be invited to attend the latest one in Indianapolis which kicked off the 2017 Brickworld season. First off I would like to thank everyone at Brickworld and Bryan Bonahoom for having us out and putting on such a great event.

Second, I would like to take a moment to thank all the vendors and exhibitionists who took the time out to interact with us, allowed us to put them to video, and showed excellent customer service. In a forthcoming blog we will be showcasing the vendors.

Indianapolis’s expo is held in a large convention center at the fairgrounds. There is approximately 6600 square feet of LEGO displays and vendors. It’s hard to get through everything in a single day and if you rush you will certainly miss out on seeing something.

Bryan told us a story about a Make-A-Wish recipient and their experience at Brickworld. I can’t tell this story in a way to do it justice and really it’s something Bryan should tell. He explained to us about a lone LEGO large scale mini figure that represented the child and was their YouTube channel sidekick. This was the first time this LEGO figure was displayed at Brickworld and the child it honored had passed away.

In the many years I have spent working alongside or with conventions and expos the one thing that has always tugged at my heart was the amount of charity that goes on at them. I have watched Edward James Olmos play in a Jedi vs Rebels laser tag event to raise money for charity. I have seen graphic novel artists silent auction off their works to aid causes. I haven’t seen anything before now as wonderful as that LEGO character on display as a tribute to a child.

What I took away from Brickworld Indianapolis this year wasn’t something as tangible as what could be found at a vendor’s booth. It was the emotion and love for bricks and pieces that all the people share with each other right down to the comradery of the fans. The engineering and science that a pile of LEGO pieces can inspire is limitless. The imagination of a small child learning to play with interlocking bricks for the first time is priceless. What holds LEGO together isn’t the patented design. What holds LEGOs together is the community that can be built from it simply by playing with your first set.